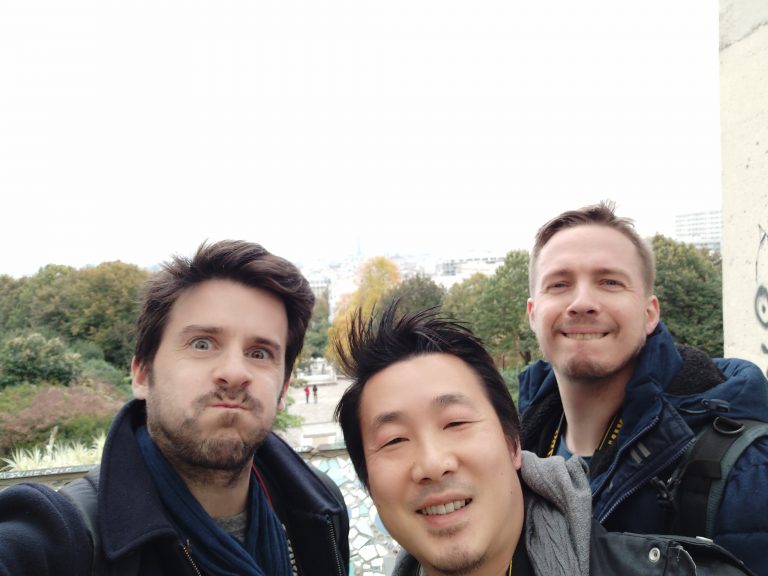 We’ve known each other since high school, when we used to play role playing games the old school way: with pen, paper and dice.

A year and a half ago, Matthieu came up with a crazy idea: “Guys, let’s create our first video game!”

Why crazy?…After all, creating a video game is not an impossible task…

The thing is: we have no experience in video game production!

Matthieu has a degree in law, has worked as a copywriter in marketing and as a producer of TV documentaries.

Bastien is an animation director at Illumination Mc Guff where he directs the work of many animators.

So why a video game ?

Because we’ve been playing all kinds of video games since the early ‘90s and our backgrounds in entertainment can help us. But mostly because we believe now is the time for us to create.

So here we are, working on our first game: The Dreamwalkers, a visual novel where the hero discovers that he can share dreams with others.